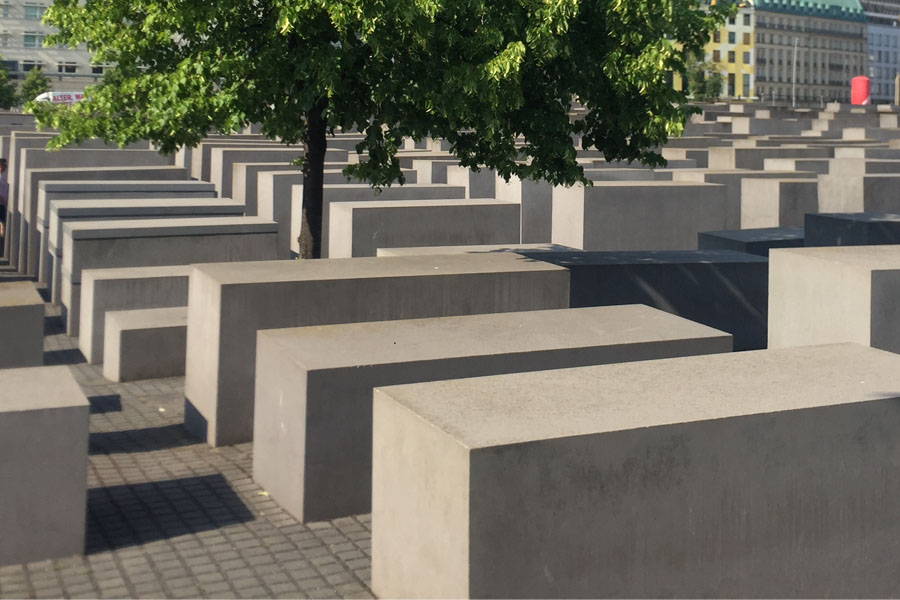 The organisers of Colchester’s Holocaust Memorial Day asked me to contribute to this year’s online events and I am grateful for the opportunity to make it meaningful despite the current restrictions.  Since 2007 the University of Essex has marked Holocaust Memorial Day with a week of remembrance events taking place around the anniversary of the liberation of Auschwitz Concentration Camp by Soviet troops. Below is my transcript of a recording made for the Group’s YouTube channel. https://www.youtube.com/channel/UCvYQGax1Wp1xajnCKsirY9A

When I was asked to talk about a piece of art or literature that relates to the Holocaust, I just happened to be reading Motherwell, a memoir by the acclaimed journalist Deborah Orr.

I didn’t expect to find a reference to the Holocaust in a memoir about a dysfunctional working class Scottish childhood, but less than a quarter of the way in to the book the author remembers her mother telling her about it and that she felt sorry for Anne Frank.

Deborah Orr goes on to describe how she first became aware of the enormity of the genocide.  I gasped with recognition because the feelings she had mirrored mine.  She was about ten years old. I was a year or two younger. This is what she says.

“By accident I saw a bit of The World at War on telly. I saw clips of emaciated prisoners and of skeletal bodies being bulldozed into open pits, then sprinkled with lime. Alone in the living room I stared, transfixed at moving pictures I’ve never forgotten. No one forgets them I imagine.”

“I was far too young to see such images and be able to process them. But that Sunday the telly had been left on, probably after my dad had been watching some sport.”

This is where Deborah Orr’s experience differs from mine, because unlike myself, Deborah Orr wasn’t from a Jewish family. This is what she said happened next.

“My mum tried to soothe me after I’d seen these things. I remember sitting on her knee and being cuddled, a bit too big to be comfortable any more while she explained that we’d have been okay if Hitler had won because we were ‘blue-eyed and blonde’. Which just confused me more. My mum had brown hair. Wouldn’t she have been killed? She explained that it wasn’t just what colour your hair was. Dark hair was a hint that you might be Jewish. There was a difference between having normal dark hair and Jewish dark hair. It was a difference I couldn’t quite fathom.”

When I saw those same pictures on The World at War, memorably narrated by Sir Laurence Olivier, the television in our house in North London had not been left on by accident.  My father was  watching the programme. Perhaps he was unaware that I was also in the room. Perhaps he thought I wasn’t paying attention or I was too young to understand or question what I was seeing. In my house, the adults saved themselves a lot of bother by believing that children had no curiosity about the injustice and cruelty of the adult world. Instinctively I knew this and therefore asked no questions.

Even at that age I had a sense that my father might be hurt if my innocence was tainted by knowledge of such unspeakable horror. My mother didn’t offer any comfort, as Deborah Orr’s did because she left the room as soon as the programme started. She never wanted to hear any more about concentration camps. It was just too awful.  She was a teenager when the famous report from Bergen Belsen was first broadcast on the radio.

I was a reader and I found answers to my questions about the Holocaust in books. Books written by people who had lived experience of what the genocide involved and how it was accomplished. As an adult I have watched a lot of historical film footage, been to the places where the atrocities have taken place, visited many museums and memorials. Always I return to the child I was back then, frightened by pictures of the evil that could seep into the safety and security of my home leaving my parents powerless to stop it.

Two things happened very recently which made me think again about the power of images to influence and educate those who still remain ignorant about the Holocaust. The coverage of the assault on Washington’s Capitol by domestic terrorists was widely covered on social media and the images used by law enforcement agencies to arrest and prosecute many of the key players responsible for the outrage.

There was much discussion on social media about the meaning behind a Nazi slogan depicted on banners and T shirts, ‘work makes you free’ with many of the enlightened pointing out it was the notorious motto, cynically alluding to certain death displayed at the entrance to Auschwitz. It transpired that for some perfectly reasonable, educated people this appeared to be totally new information.

During the assault on the Capitol disturbing examples of antisemitism were on display. The Jerusalem Post reported that Israeli journalists were singled out for harassment and insults. Pictures of a rioter wearing a ‘Camp Auschwitz’ ‘staff’ hoodie were widely circulated online. Another wore a t-shirt saying 6MWE, meaning ‘Six Million Wasn’t Enough’.

My hope is that a significant number of children and adults across the world that saw those horrific images felt compelled to find out for themselves what these slogans stand for, the evil they represent and how that plays out when left unchallenged.

This is my hope for Holocaust Memorial Day 2021. The victims must never be forgotten. Thank you for reading and listening.