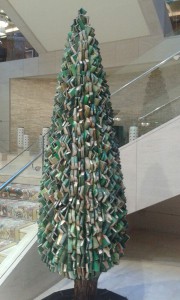 How come I know ALL the words? It’s a question I often ask myself when it comes to lyrics. I could entertain a crowd all night, if only I could sing, because my brain is a sponge when it comes to retaining and recalling the words to popular songs.

Songs that take me right back to that special place, songs that remind me of other times, songs that drive me to distraction and songs I didn’t even know I knew – somehow the lyrics have all been stored away in my head for future use – without any conscious effort on my part.

I always knew that music, and the lyrics to specific songs, were sure to feature in Where Are The Grown-Ups? the coming of age novel I’m writing, because nothing reflects a time period, sets a scene or injects emotion into a plot like a well-chosen song. Songs are the soundtrack to most people’s lives right? So why are song lyrics so rarely quoted by first time, self-published authors? I think I know why that might be and I’m happy to share this with other writers who, like me, liberally sprinkled song lyrics into early drafts of their work, thinking they would sort that permission thing out later.

This post is not just about obtaining permission to quote other people’s work, although that is important and there is a lot I will say about that later. The first question to ask should be, how will using other people’s words enhance my own work?

Snatches of song lyrics can give the reader insight into a scene or add colour to a character. In one or two cases I put in a lyric because I thought it rather neatly reflected an aspect of the story. Not necessary said my editor. As we don’t share the same cultural references, lyrics that were meaningful to me, meant very little to my editor, and what is true for him will doubtless also be the case for a proportion of my future readers. More than that, when he comes across song lyrics in a novel, he just skips those parts. Others will too, he thought.

It’s a fair point and when I looked over my work I realised that in nearly all cases, the song lyrics were either making the same point twice over or were being used as a lazy shortcut when there were better ways to explain the situation. So out they went. I’ve kept the song titles so my novel still has plenty of musical references. Incidentally, no permission is necessary to quote song titles. One of the most helpful sites I found on the legalities of this whole topic is The Book Designer. so it’s well worth checking there for the fine detail on this.

I still had one niggling issue to sort out. For the preface to my story I was planning to use ten words from a fairly obscure song. The sentiment captures the whole theme of my book so I knew I would have to seek permission before using the line.

Following the advice on The Book Designer’s site I located the music publisher and discovered that a third party handles the permission process. Not unusual. I began a charming email correspondence with a gentleman from www.easysonglicensing.com I’ll call him Mr M.

Mr M, it seems was very excited by my writing project and thanked me for ‘connecting’. Furthermore, he could help me. All I needed to do was to decide which option was best. I could either agree to pay $99 and he would tell me how to go about seeking permission from the copyright holder, or I could pay $149 and he would take care of all business necessary to try to get the permission. Note the word ‘try.’ Mr M, as a third party couldn’t make any guarantees but in his experience, most print license requests, unless based on controversial or extreme religious or political viewpoints, are approved – for an additional fee. This might range from $100-$500. Quite a range, Mr M! There was another snag. My song, unusually, was credited to not one, but four writers. Permission would have to be sought and granted from each one, meaning I could expect costs to quadruple.

I’m not suggesting that artists shouldn’t receive royalties if someone else wants to use their work. They absolutely should and full credit given but I had little clue just how costly this might be until I asked the question. It was only a ten-word quote after all.

There’s nothing quite like a bill potentially amounting to thousands of dollars to focus the mind. Up to this point I thought my preface quote was sacred but losing it makes no difference whatsoever to the story I am telling. I’d be interested to know how self-published writers tackled this issue and how readers respond to song lyrics and musical references in novels generally. Skip or enjoy? Any notable examples to share? Feel free to comment on this post or email me at info@ruthbadley.com